Hi, this is your friendly neighbourhood Spider-Man swinging into this blog page. I know this must be crazy, but apparently, I messed up some stuff and there was this spell that could have fixed it, but something happened where now there were these multi-universe creatures that appeared out of nowhere recently, and I had to fix it.

From Steven or Sir, I mean Doctor Strange, I was known that there is this magic spell and everyone will forget me, in order to fix everything. And yes I didn’t want everyone to forget me like my closest friend and family, which I messed up, and I lost some stuff but gave a second chance to some people. Everyone deserves a second chance, right? So guess here’s the second chance for you to know me again. I mean to my friends and family in specific, NOT to other people or the ENTIRE WORLD. Please don’t want to get into that trouble again, I mean saving the world not trouble. God, really need to be better at talking, well writing for now.

As I have mentioned, everyone deserves a second chance. Look I know I might not have a place to say this, but things do happen for a reason, maybe it’s a cause of your responsibility, power or even coincidence would have an effect on it as well. But whatever that happens, don’t forget your initial goal and your responsibilities. Cause of what someone had told me before “With great power comes great responsibility”. When something happens to us, we have the responsibility and power to change it.

But yes, it is not all your fault when it hits you, I mean kind of my fault with the things I mentioned on top. But I got over it and kind of “fixed” it, so you can do it too, trust yourself and believe in your power.

In the end, this is your friendly neighbourhood Spider-Man. See you later. 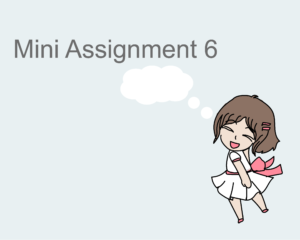